Yaletown is Vancouver’s trendy and upscale renovated warehouse district. This fresh urban neighborhood is just an easy walk from the center of downtown Vancouver or a quick ferry ride from Granville Island. Yaletown’s converted heritage buildings are home to some of city’s top fashion and design shops, as well as cutting edge restaurants and bars. Old loading docks act as giant sidewalks and create a unique setting for wandering, shopping, or lounging at one of the many outdoor patios.

Once an industrial center, Yaletown has developed into one of the city’s trendiest and most thriving communities. Named after the gold rush town of Yale whose residents moved into that part of Vancouver once the Canadian Pacific Railway extended from their home to the city, Yaletown became run down by the late 20th Century. After Expo ’86, however, the potential for development in the area became clear, and it was purchased by a Honk Kong investor. Almost a quarter-century later, one can easily see how that investment has paid off. Hamilton and Mainland Streets have maintained their historical charm, with refurbished heritage buildings – most of which were once warehouses – converted into lofts, offices, restaurants and shops. New properties have grown up around this central area, and Yaletown now consist of apartment buildings housing modern condos with fantastic views and amenities.
While the majority of Yaletown residents are young professionals between 20 and 40, wealthy penthouse dwellers, a small number of families, and a growing number of empty-nesters factor into the mix.
Whoever they are, there are certain traits all Yaletown locals share: they love their gyms, their yoga, their weekends in Whistler, their easy access to the area’s gourmet food and hip nightlife, and their dogs. Little dogs are de rigueur.
Yaletown Restaurants and Nightlife:
Hamilton Street and Mainland Street are two of the busiest streets for nightlife in Vancouver. Both streets have a collection of bars and restaurants as well as famous Opus Hotel (one of the Top 10 Hotels in Vancouver). Recommended Yaletown restaurants include Blue Water Café, Elisa, Flying Pig, West Oak, Wild Tale, Meet etc to name the few.
Yaletown Landmarks
Yaletown's most significant historic landmark is the famous Roundhouse Community Center, once the western terminus of the Canadian Pacific Railway (CPR) and a provincial heritage site. It still houses Engine 374, the first passenger train to enter Vancouver on May 23, 1887. (Yaletown is named for the CPR's move to the area from Yale, in the Fraser River Canyon.) Today, the Roundhouse is a vibrant community centre dedicated to arts and learning. 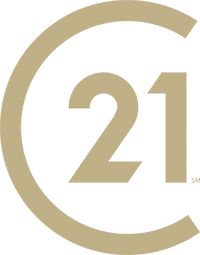 GET TO KNOW US

MEET SANJIN
ABOUT CENTURY 21
GET IN TOUCH
MAP LOCATION